Harold Francis Barrens was born in 1921 in Cave City, Kentucky. His father was a railroad engineer who worked incredibly hard to provide for his family. In those early years, Hal demonstrated an affinity for machinery and equipment. Both through his Dad, working on locomotive steam engines, and a very special neighbor, who had a machine shop in his basement, Hal’s love for all things mechanical was clear.

Hal graduated from high school, and like so many of the young men of our Greatest Generation, he enlisted in the Navy immediately after Pearl Harbor. His incredible mechanical aptitude must have been clear during basic training in Great Lakes, IL, because he was quickly loaded onto LST-449 and sent through Pearl Harbor, which he recalled many times was still smoldering. Hal served his country at a Naval Repair Station on a tiny island in the South Pacific called New Caledonia.

After completing his military service and receiving some additional engineering training at a Naval Base in San Diego, Hal was discharged in 1945. He returned to Louisville, and worked as a salesman and machinist at several companies, including Fairbanks Valves, American Standard and International Harvester.

The next milestone came in 1950, when Hal formed Halmar Corporation with a good friend, Martin Weber. It became clear that Hal was the inspiration and driving force for the business, so relatively soon thereafter he became the sole owner.

Halmar began as a valve sales company, but Hal’s love of steam and equipment quickly led to the addition of an industrial boiler line in the mid-fifties. He also learned very quickly that it was much better to build something than to sell something that someone else built. So the boiler parts machining, refractory and insulation manufacturing was conceived in the basement of their home. Hal’s guiding principal – every item can be improved upon, either from the standpoint of better performance, ease of installation or ease of maintenance. Throughout his career, Hal solicited feedback and input from service technicians in the field to make Halmar’s product lines broader and the parts better.

The initial focus was aftermarket replacement parts for Orr & Sembower – Powermaster boilers. Later, the Company made significant investment to manufacture a wide variety of parts for other boilers. In addition, Hal developed relationships with industry leading suppliers based in the United States who were committed to producing the highest quality replacement parts for industrial boilers.

The Company’s tremendous success and growth led to the purchase and construction of the current warehouse, manufacturing facility and office space at 1134 Bardstown Road. Hal oversaw every employee, key new product development and customer for more than 55 years, creating an amazing legacy. His proudest accomplishment – watching his son assume responsibility for the Company he built, and seeing the business continue to thrive during the second generation of management. 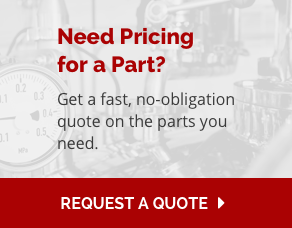 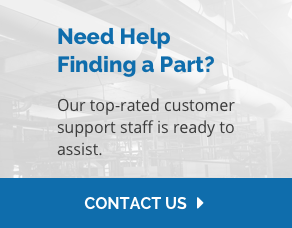